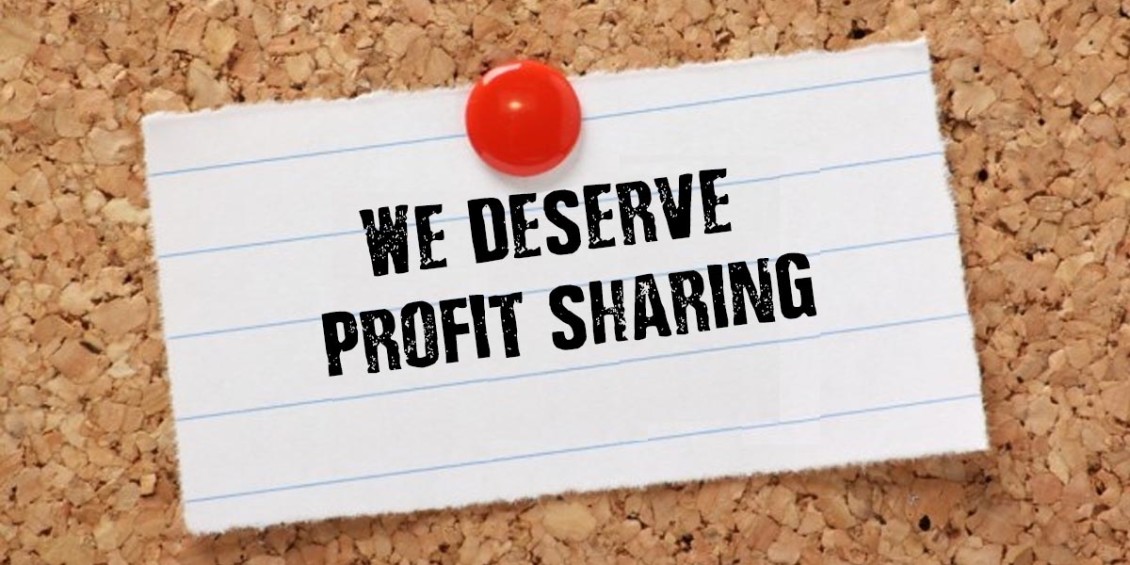 Profit Sharing! We deserved it back when it was negotiated away and replaced with an extremely undervalued $50 Million in addition to wages that barely reached or slightly surpassed “Market Rate”. Every analyst predicted we would reach current or historic profits in 2015 and beyond, which is just one of the reasons I, and nearly 8200 FAs, voted No on the contract, but was imposed upon us anyway. A brilliant move by the company and by our former President who now works for the company. Unfortunately the front line employees got the short end of this and we continue to be reminded of it every quarter that we post historic profits. The profits are not meant for employees. We all would have made far greater incomes had we demanded Industry “Leading” wages on its own and a Profit Sharing plan on top.
What happens should the Oil prices rise or the stability in the Middle East crumble by 2019? As usual, when negotiations come around, the company will cry poor and tell us they can’t afford the $50 Million in profit sharing going forward. They’ll have to take the profit sharing back and then they’ll start their wage reduction offer from the lowered amount, minus the $50 Million. In 2019 our wage share of the pie will already be $50 Million less and they’ll expect us to give up something else just to get it back.

What will I do? I’m hopeful, by then, to have 25,000+ unified members ready to use their voices again to demand what they rightfully deserve and not be afraid to use them. I’m also hopeful to have the backing and support of other unions on the property that are ready to demand what they deserve as well in order to show this company just how much we all really do contribute to the day to day operations and financial success of the company. I’ll also hope to have the support of all the other airline labor groups. But I can’t do it alone. I need the help and support of the membership who’s voices I’m trying to give back. The best thing we ALL can do now is to come out in massive numbers and Vote. High voter turnout and with a high number indicating you are ready for a new approach will be the best way to send a message that “It will not be business as usual at APFA.”