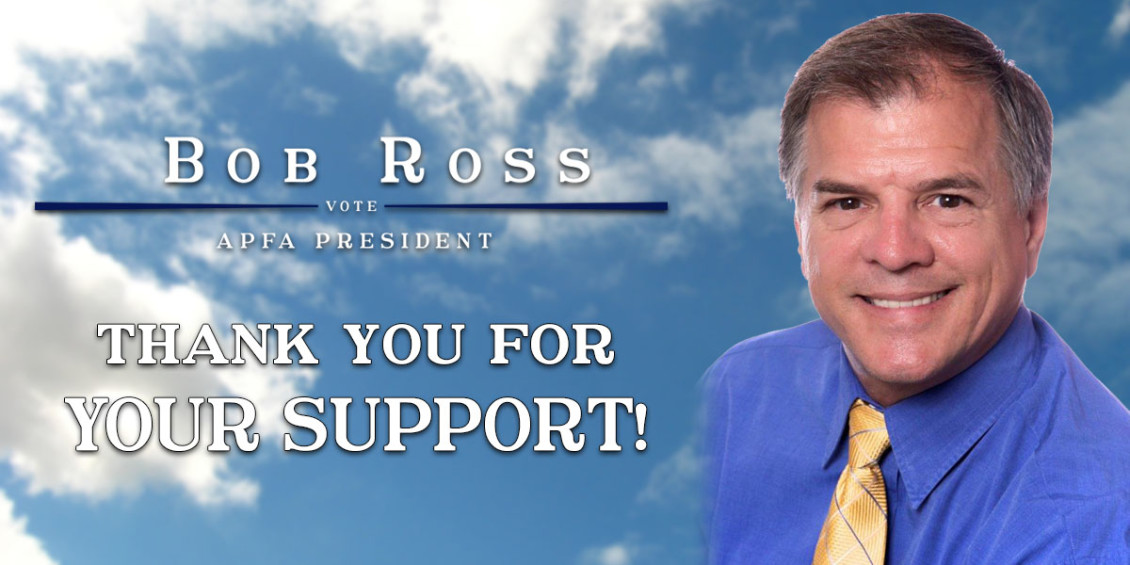 I want to take this opportunity to thank all of you that took the time to educated yourself on the issues at hand, ask questions of all candidates and then exercise your most precious right as a union member, the right to VOTE. No matter how you voted you became a part of the process. No matter the outcome of tomorrow’s ballot results, thank you for voting.

I want to thank all of my campaign supporters, close friends and you, the members that know and trusted me to be an advocate for you. I want to thank my wife and family for encouraging me and supporting my passion to fight for the membership of a very lost union. My wife, a former union rep. herself, understands the sacrifice and heartache that goes with the territory of being a voice for the members. She understands the passion I have to fight for you and is an inspiration that drives me. Thank you Kim and my children.

For those of you that have put yourselves in the line of fire in my defense and have supported my platform for reform of a badly broken union, thank you. You’ve allowed me to stay on task and not sweat the campaign lies and misguided agendas of others. On that note, I would like to apologize for the behavior and words of some of my opposing candidates who tried to deceive you and discredit my integrity. For them, I harbor only pity but no ill will. They will be judged by a power far greater than I. Should their poor behavior and negativity influence the outcome of this election or the selection of the candidate of your choice, I am sorry. I chose to run a clean and positive campaign over continuously dragging the membership through countless repetitions of the same lies over and over. For those who sought the truth, thank you also.

In light of the news of our former President becoming a consultant on behalf of the company, this supports what myself and those I supported in this election have been saying for some time now. We were being led by a leadership team that supported the demise of our career, the financial stability of our lives and the solidarity of our union. We cannot allow anyone to divide us any longer. We must find the strength to stand up for ourselves by holding our leadership accountable to us first and foremost. I trust the outcome of this vote will be the beginning of a new era of solidarity and strength for APFA.